Bill is a Barley Agronomist based in Fargo, ND. Bill has his master's degree in plant and soil science from Oklahoma State University and has worked with  Anheuser-Busch since January 2016.

One of the most common concerns with malt barley production in the upper Midwest (US) is the threat of lodging. When barley lodges, or lays flat, there are many factors that can impact yield and quality, in addition to the obvious harvest difficulties. Lodging can be the result of too much nitrogen applied or heavy winds during peak plant height.

Barley can tolerate roughly two cycles of lodging, where the barley will stand back up after a given amount of time and lodge again. By the third lodging event, the stem can’t correct itself and will remain flat in the field. The risk of pre-harvest sprout increases as the plants are laying on the ground, particularly in two-row varieties.

However, there have been great advancements to mitigate lodging in recent years. Selecting varieties with a lower lodging score is the first step to minimize loss due to lodging. Reducing applied nitrogen at the beginning of the season will help prevent excessive growth, reducing the risk for lodging as well. A reduction in seeding rate or plant density can be utilized to maintain a standing crop as well.

Another common method is to use products called plant growth regulators, or PGRs. These products are only recently gaining popularity, as barley producers are pushing yields by adding more nitrogen.  Trinexapac-ethyl is a commonly applied PGR which is responsible for inhibiting gibberellic acid. As a result, the internode is shortened and stem strength is increased, reducing lodging potential.

If lodging is a concern for you, reach out to your agronomist to discuss which practices are best suited for you to reduce the occurrence of lodging. 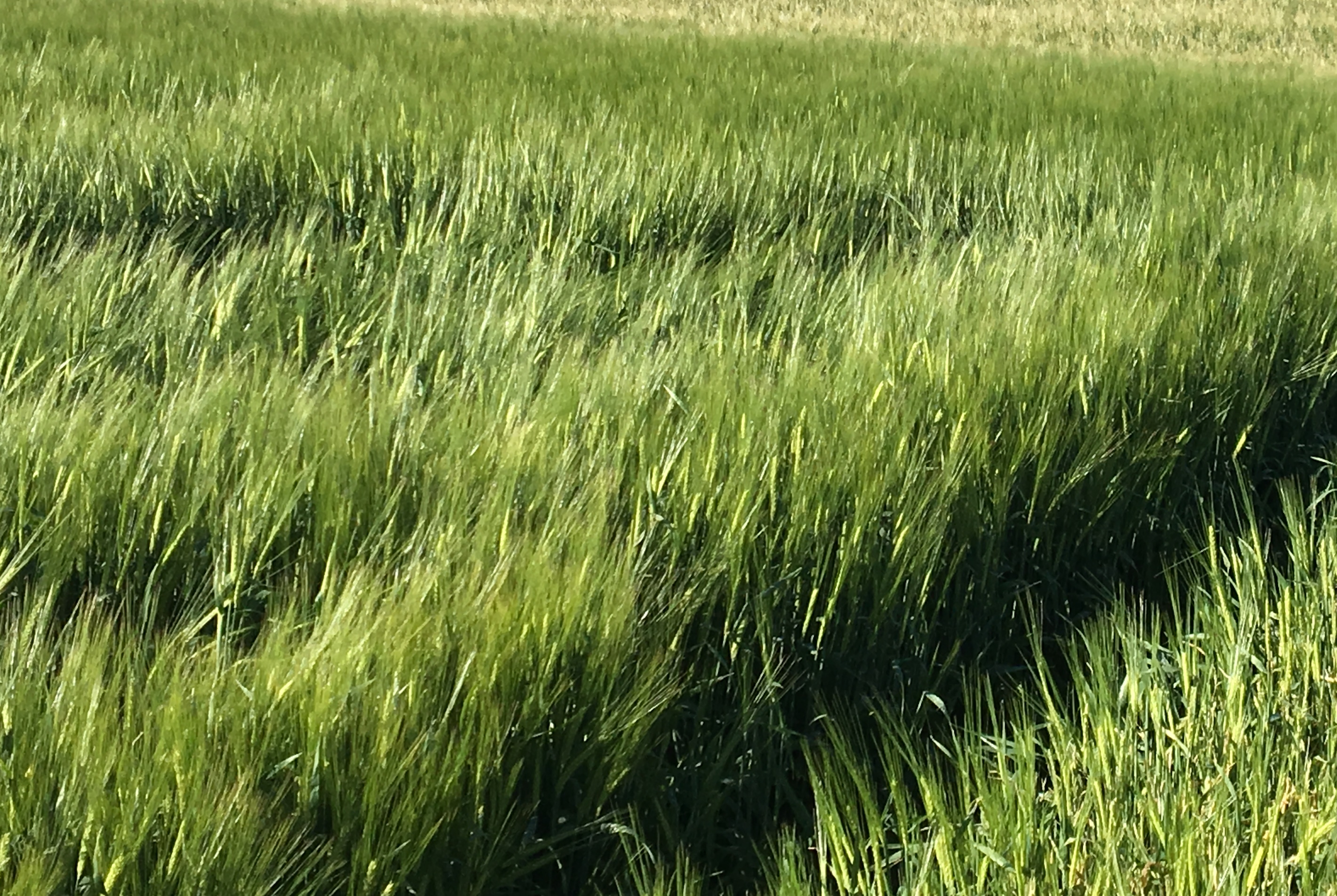